A microsite aimed at children housing an environment in which users can explore, play minigames and build up a file of knowledge about plants and animals. My role involved developing the initial digital concept and experience architecture from the Experiential Department’s concept, advising on the art direction as applied to digital, layout and interactive design, and flash animation of characters. An illustrator was commissioned to deliver illustrations of all the trees and the backdrops for four different seasons. These were then composited into layered, parallax files, for each of the seasons, which responded to the user’s mouse movements to reveal elements hidden amongst the trees. Brand Experience Awards 2009: GOLD for Most Effective Live / Digital Integration: Triple Velvet Tree Detective Experiential and Online 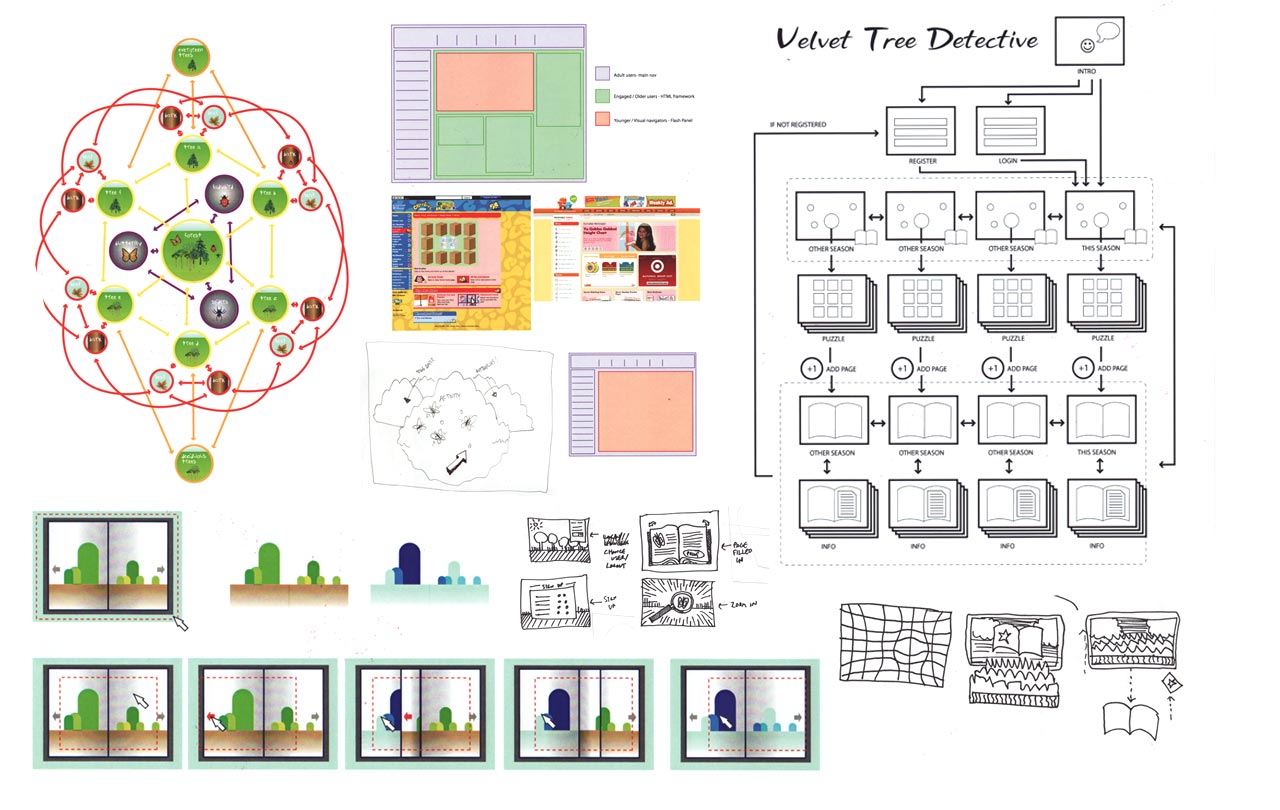 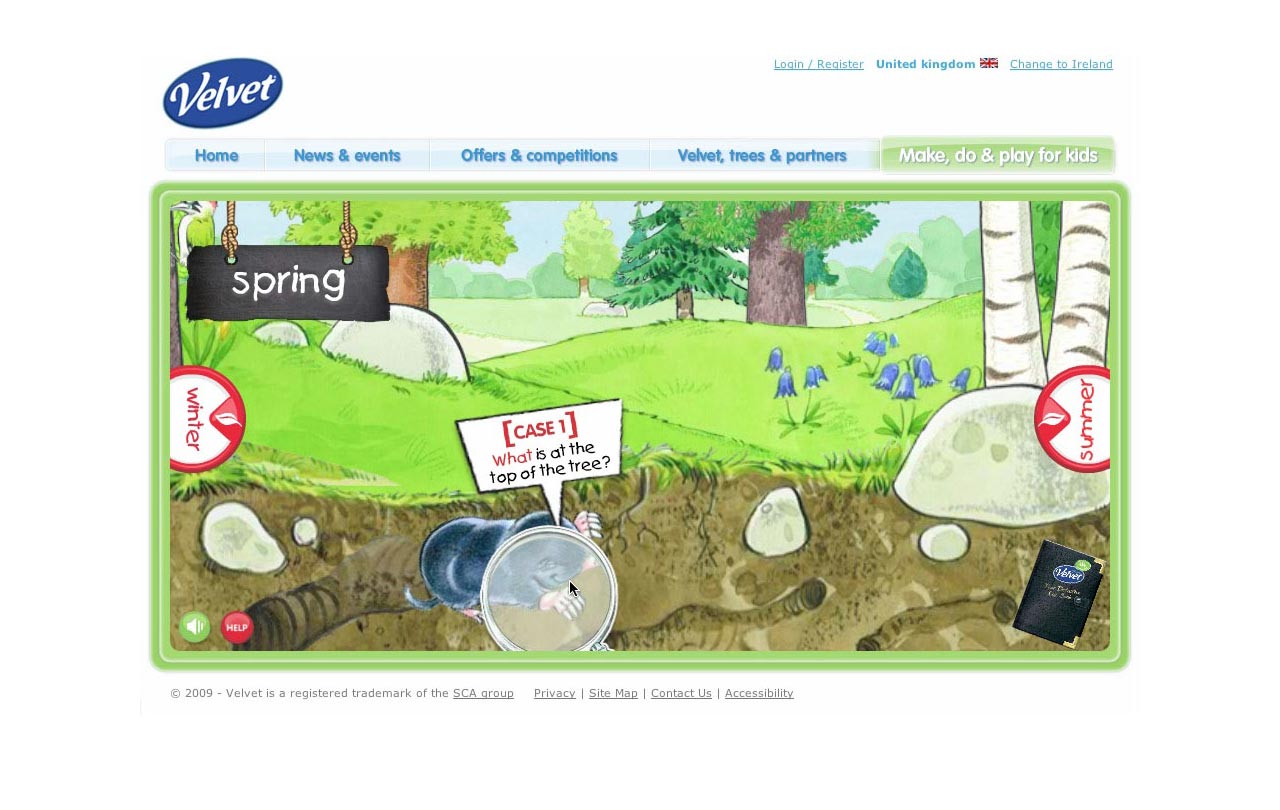 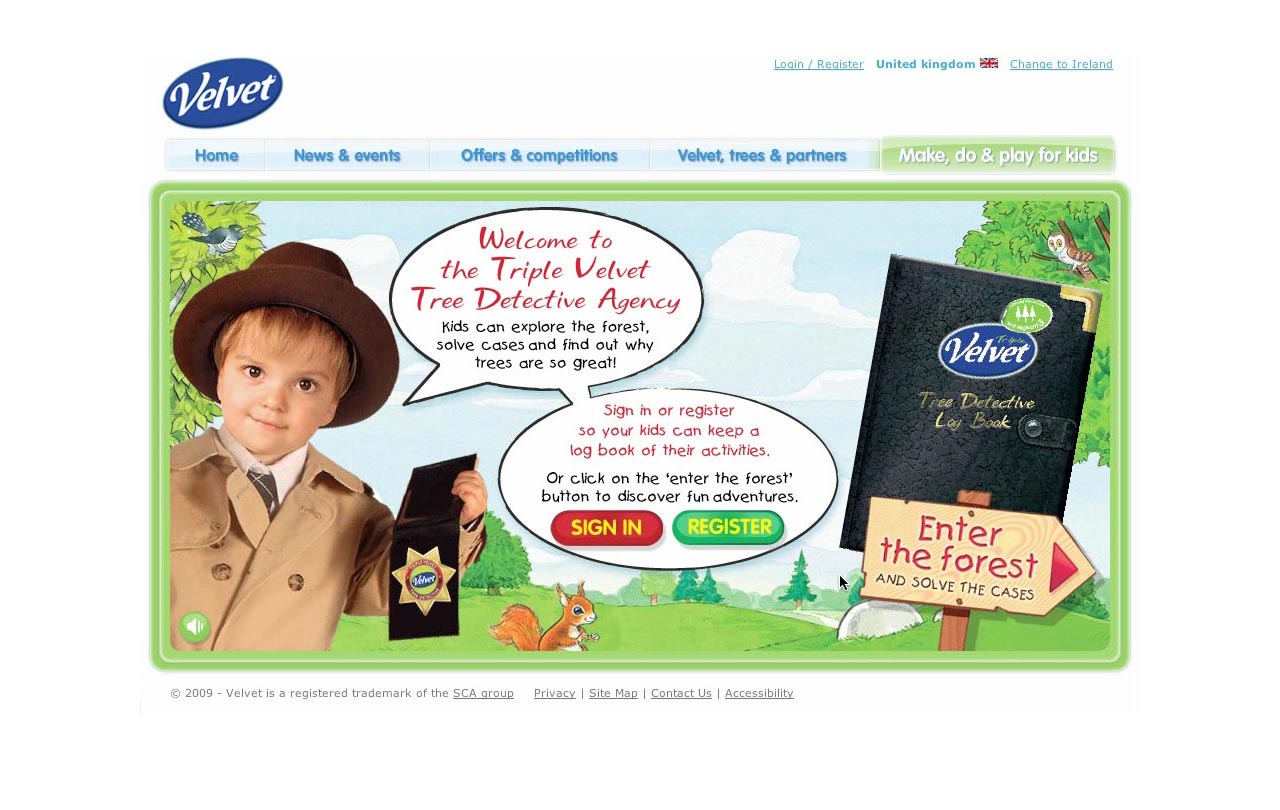 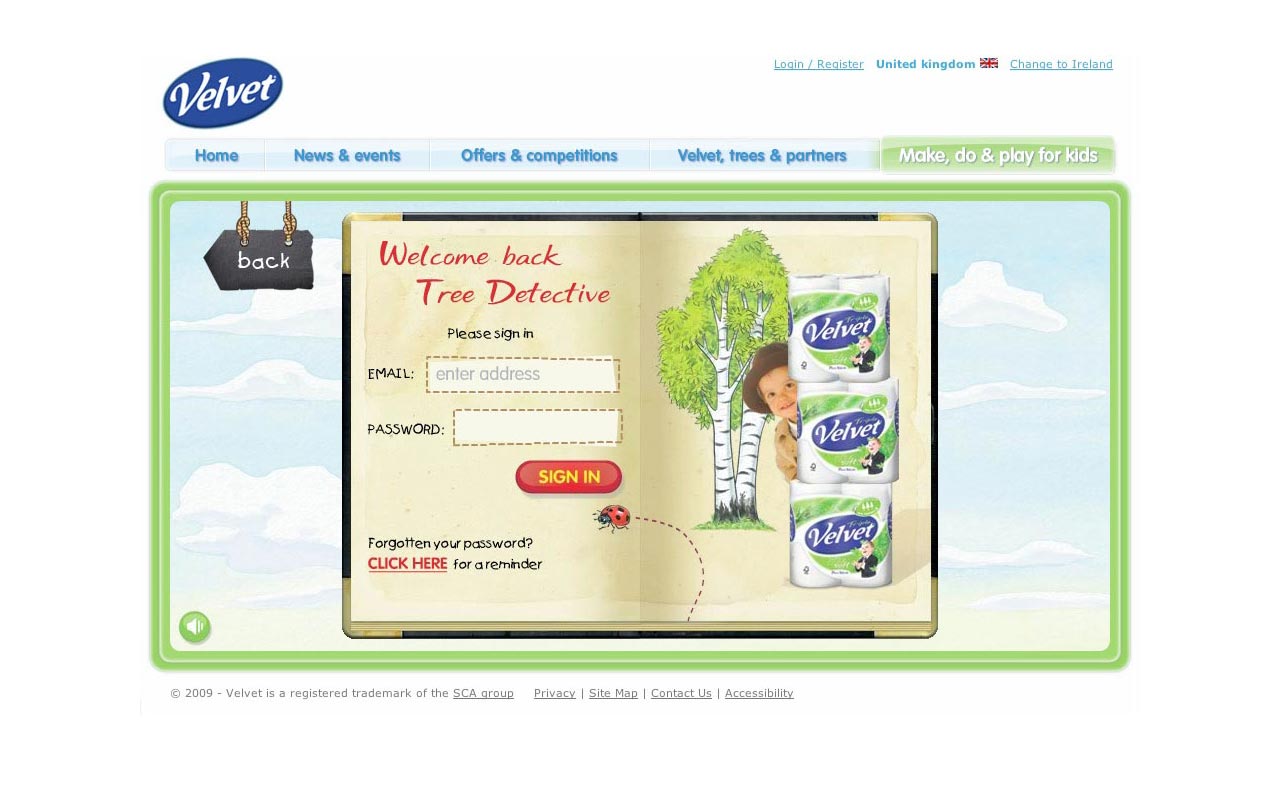 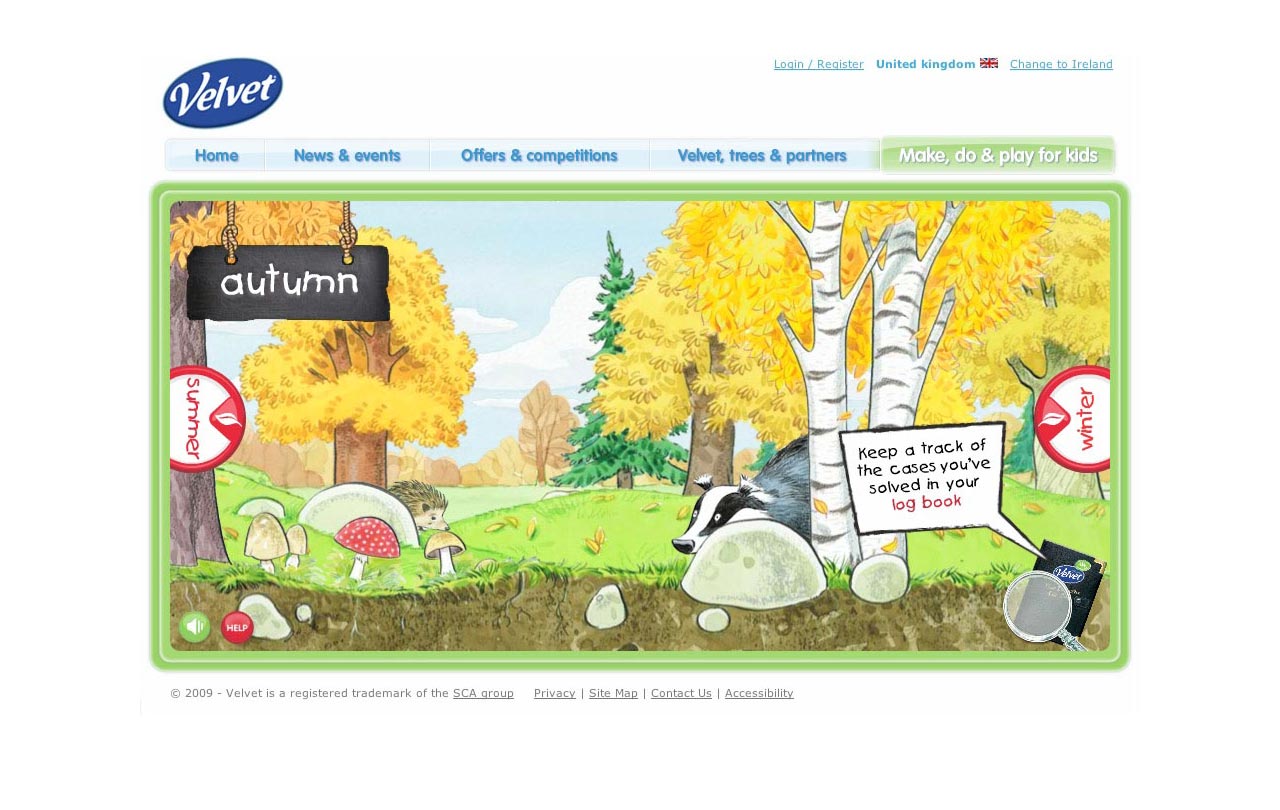 This interactive piece was designed for a Roadshow to introduce attendants to a range of financial planning options based on a set of demographic parameters that they could input using fun, tactile devices. I worked on the interface designs and animation with a Flash developer from an original idea from the Aviva creative team at Chemistry. 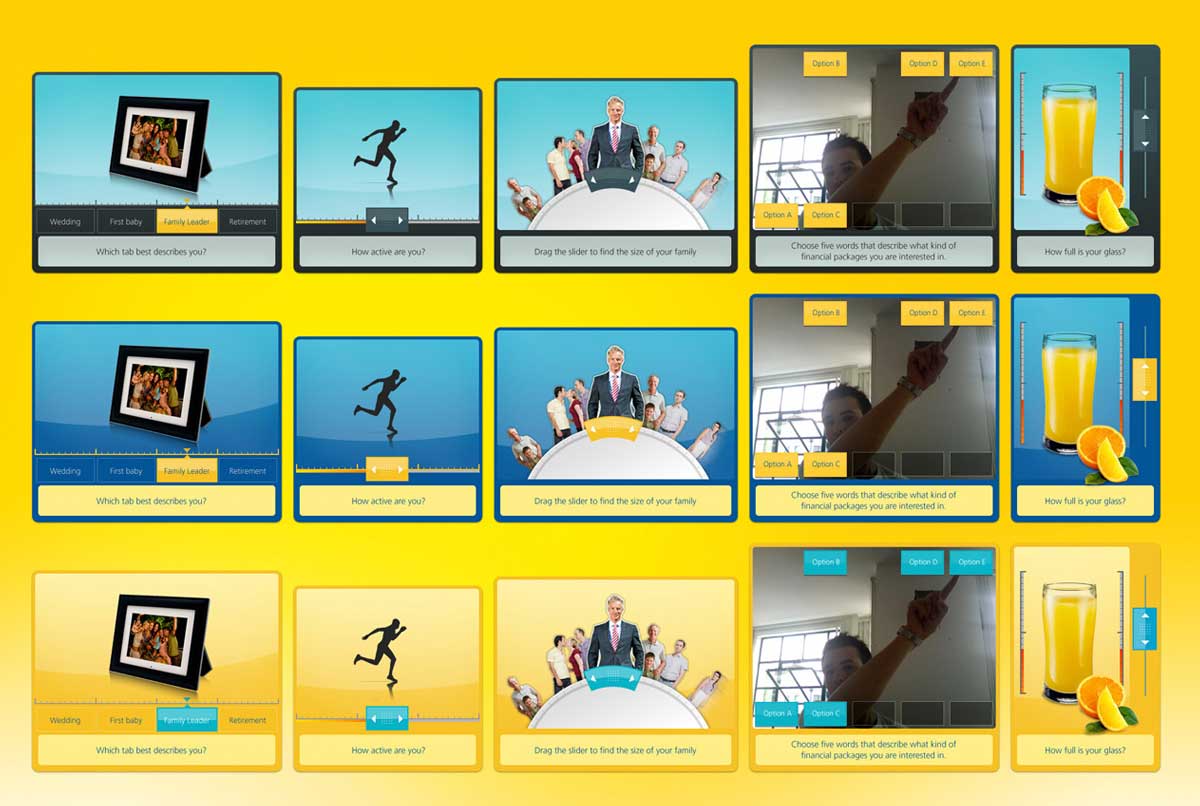 In 2009, I was briefly shipped out to Norwich where I worked in-house, liaising with Lead designer Rupert Dixon to both document and create page templates for a full site re-design. 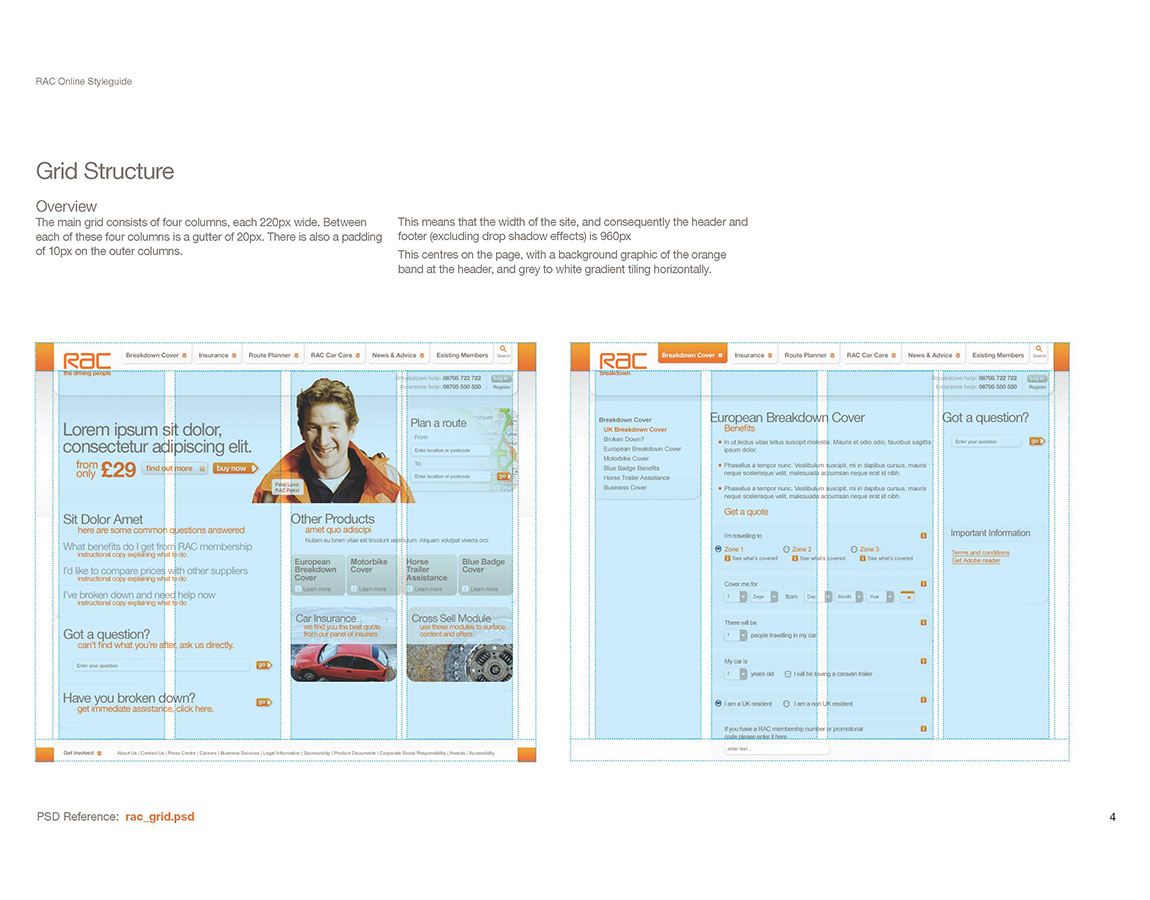 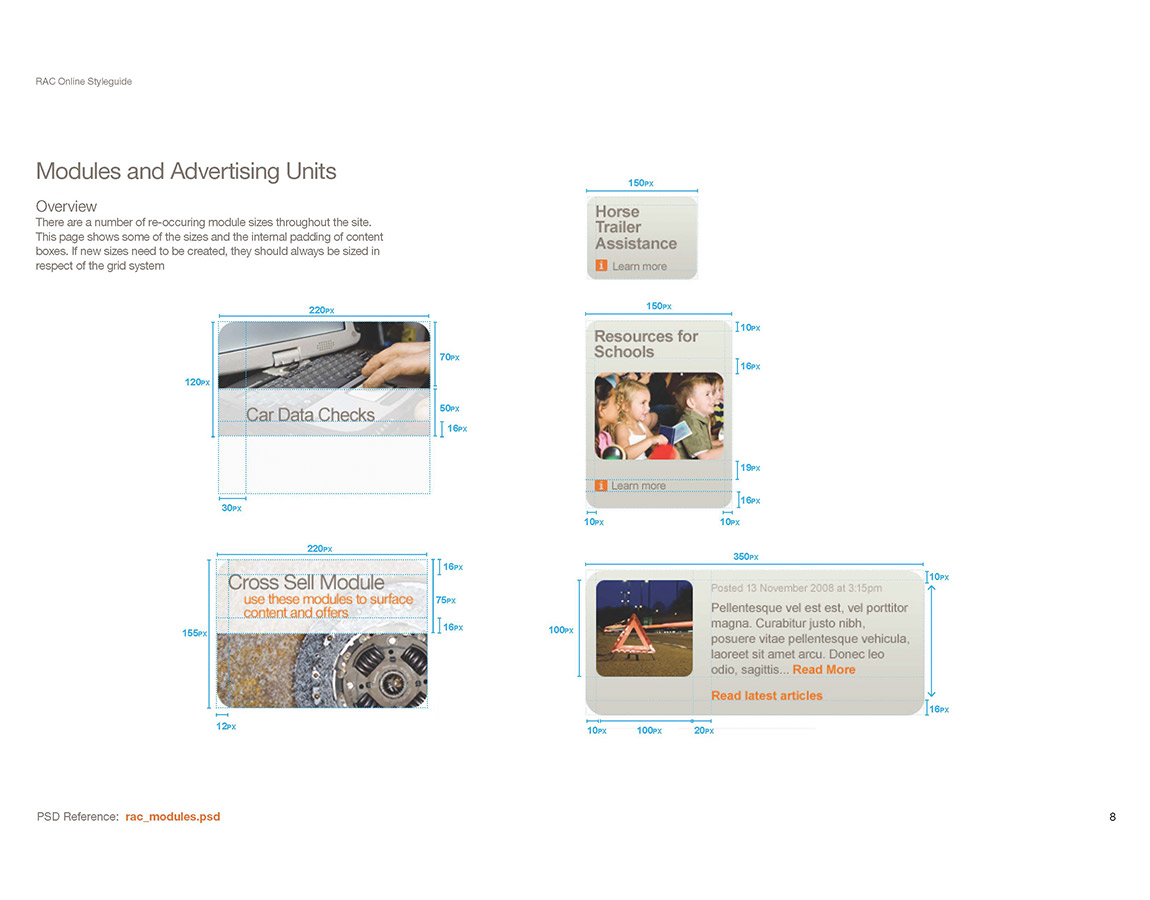 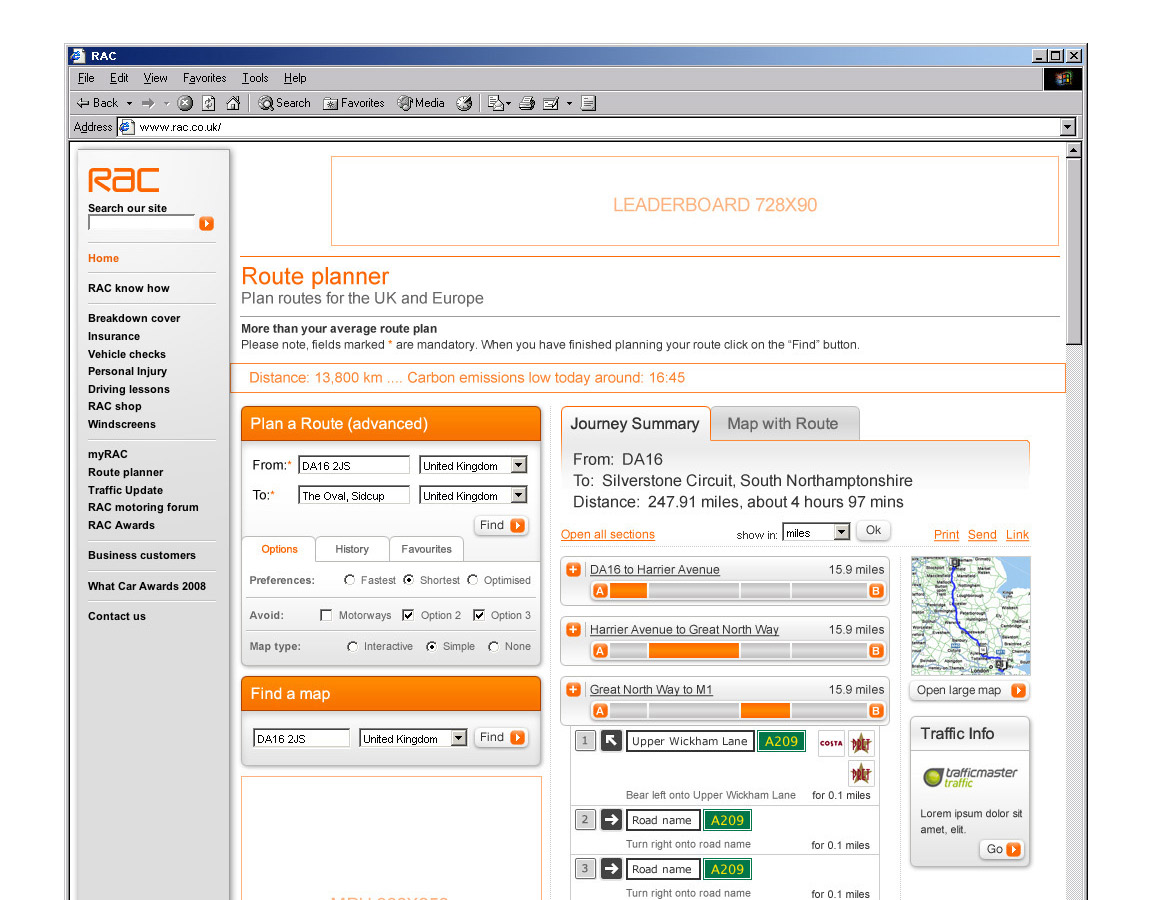 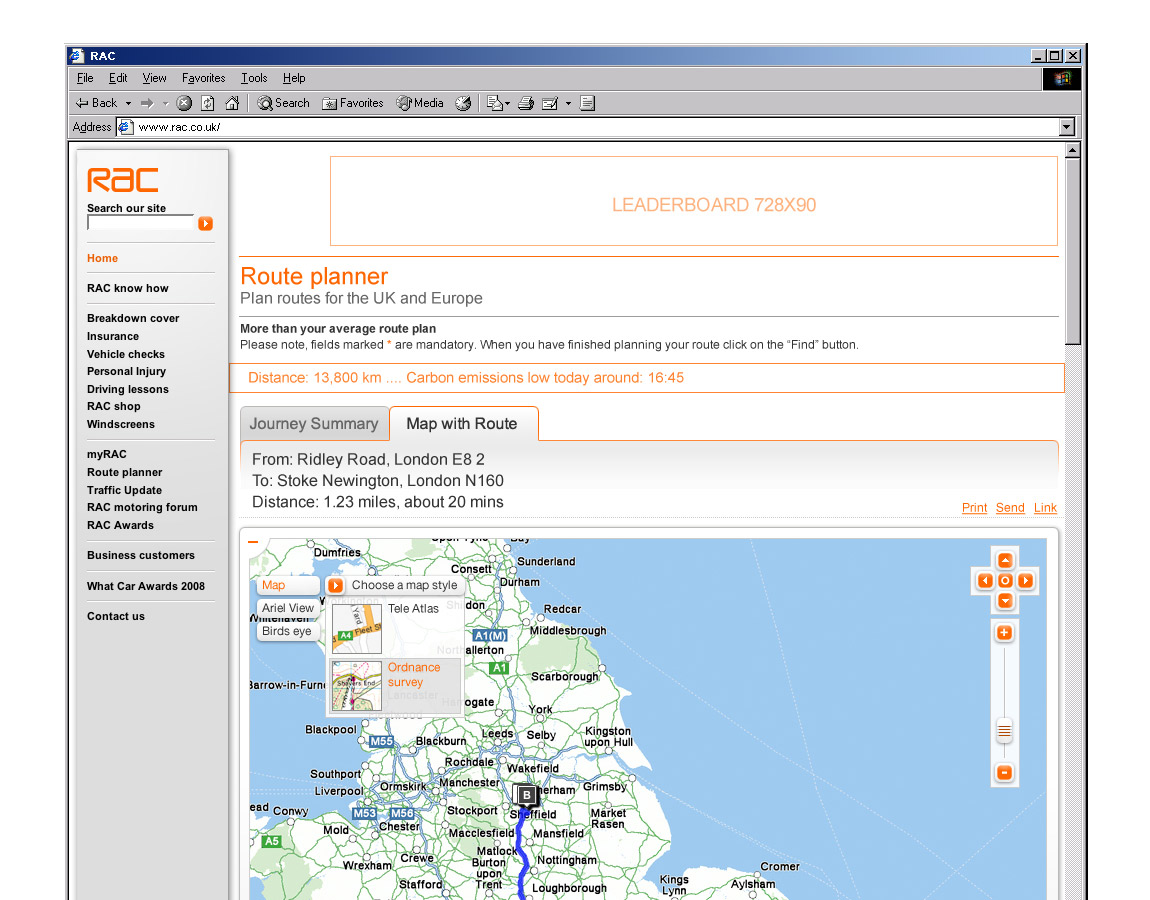 Psycarmetrics: Concept for a campaign piece, in which data entered by a referrer would throw up eerily pertinent information on the driving habits of the recipient after a comically short questionnaire. 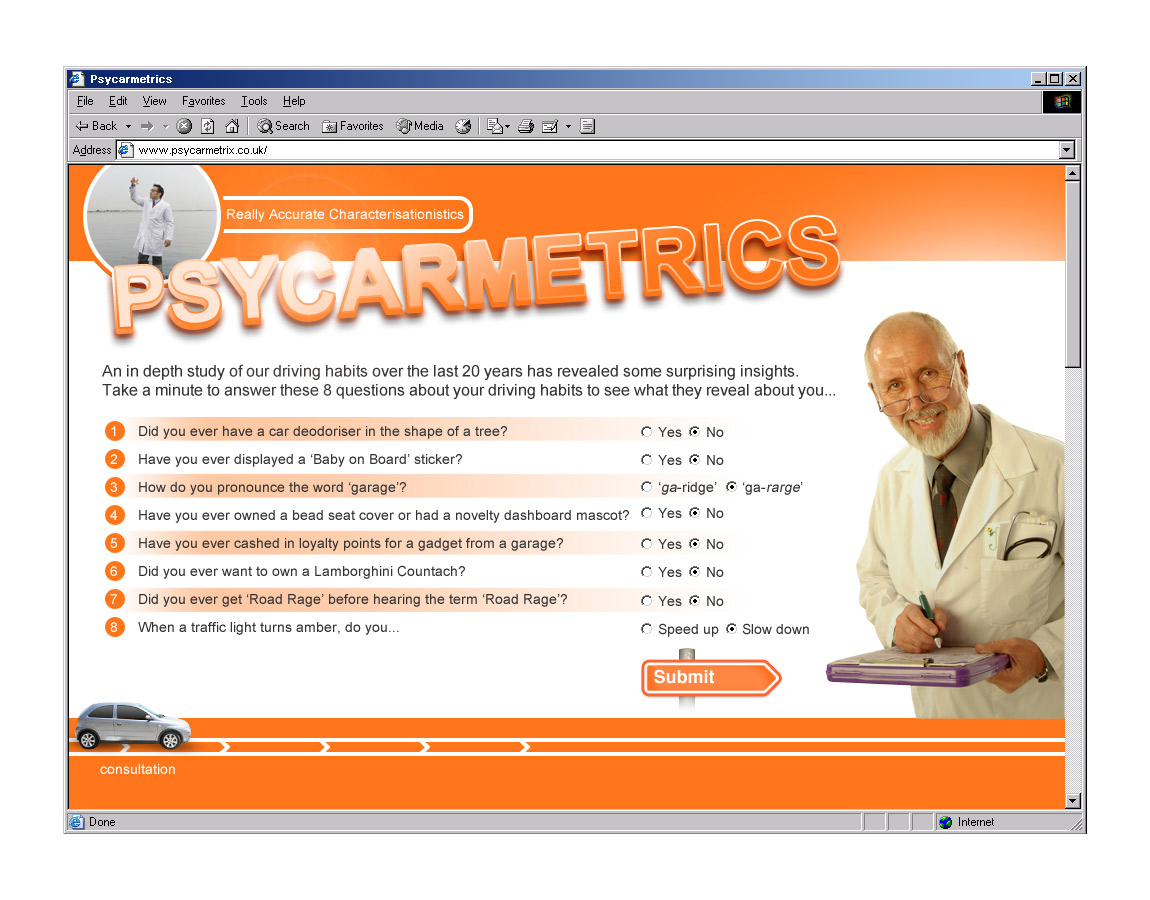 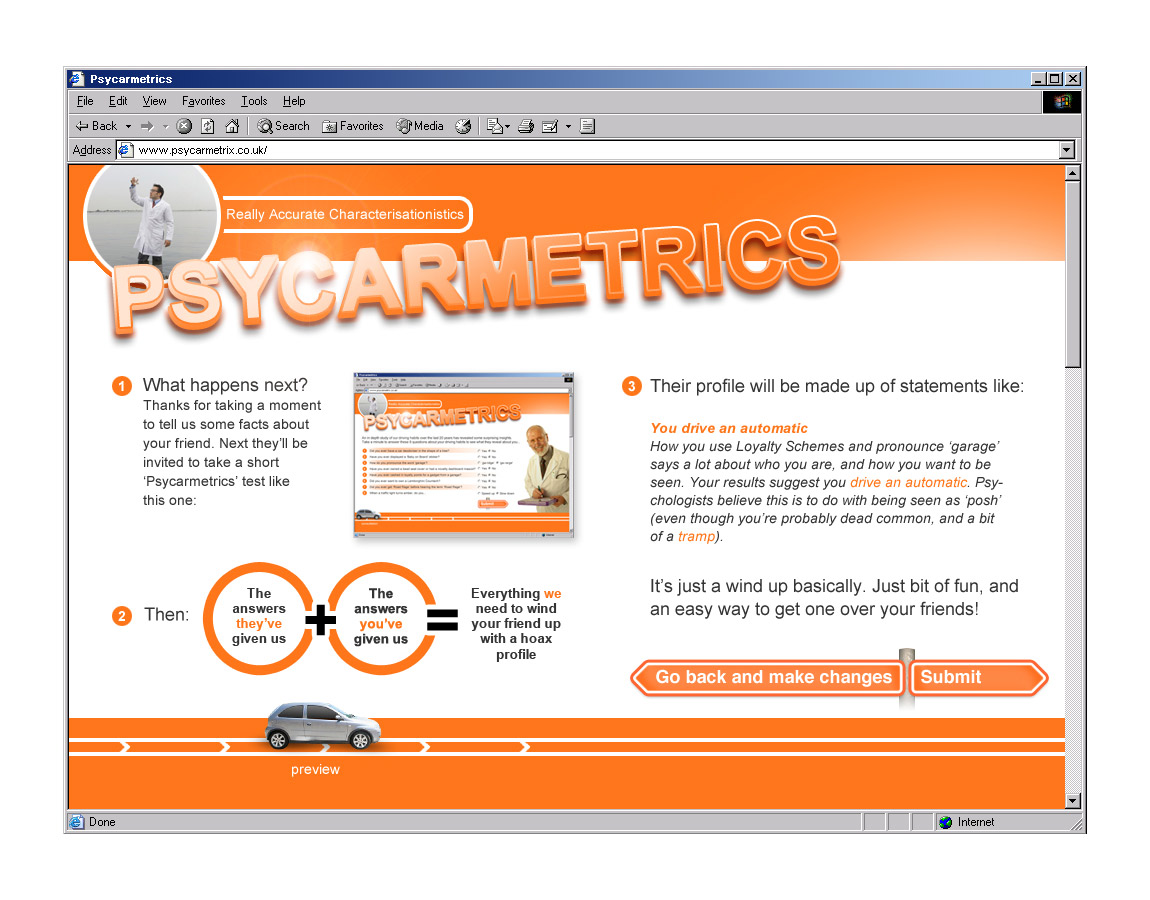 While at Chemistry, we won the Orange account. As well as emails, a popular way to get in touch with customers was by MMS. As such, I became the go-to guy for gifs with incredibly small file sizes. In animation terms, it was an education.

I also produced an internal showreel of the printed DRM work carried out in aftereffects.

My first interactive project at Chemistry. I oversaw design of the look and user journey of the exercise, and direction and editing of video in a way that would allow a near-seamless online hair-consultation with a virtual stylist, leading the user to one of a range of Dove Hair Care products 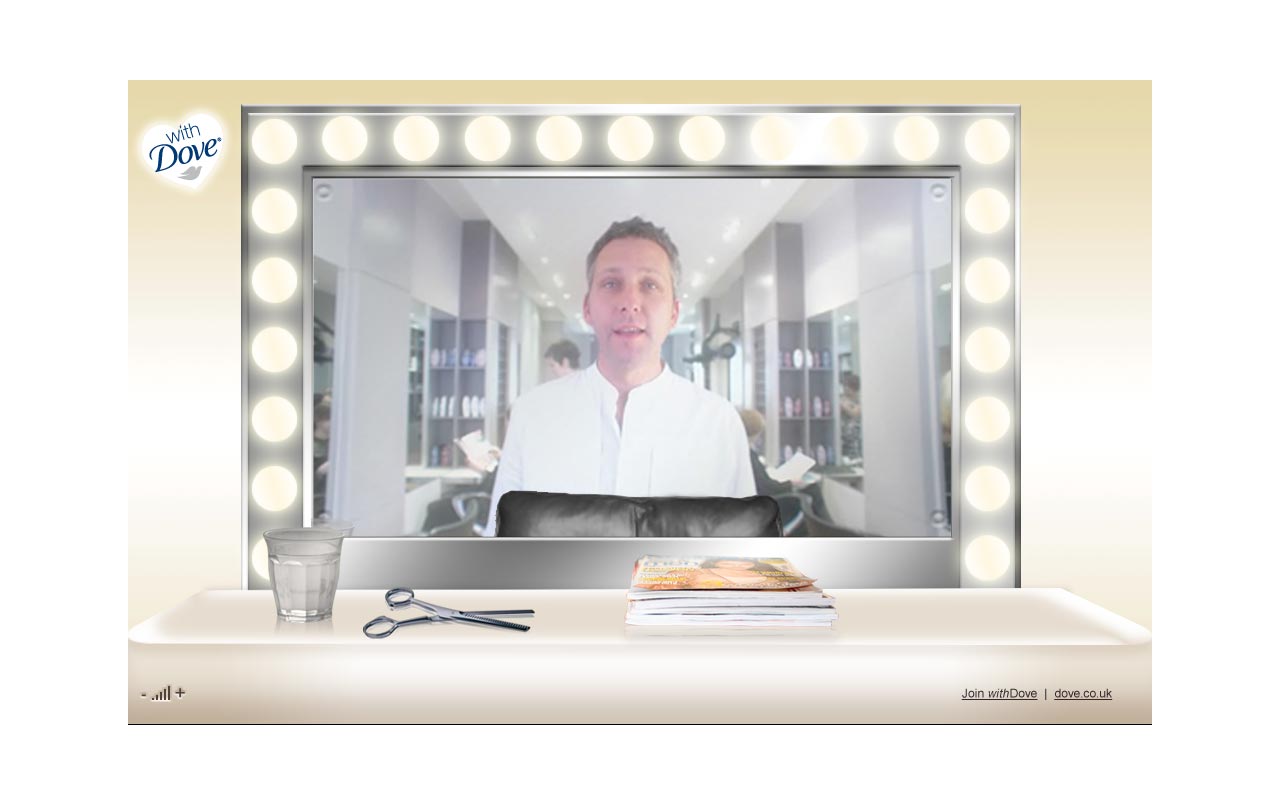 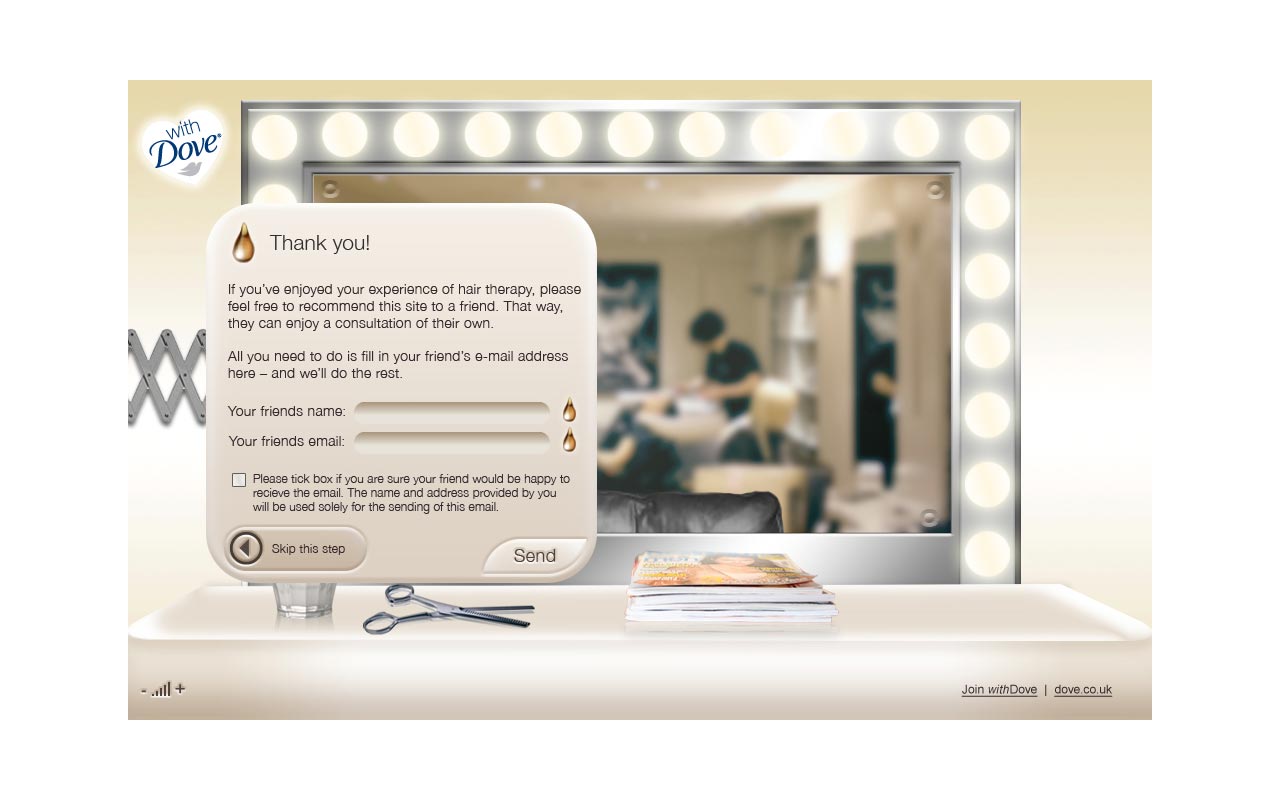 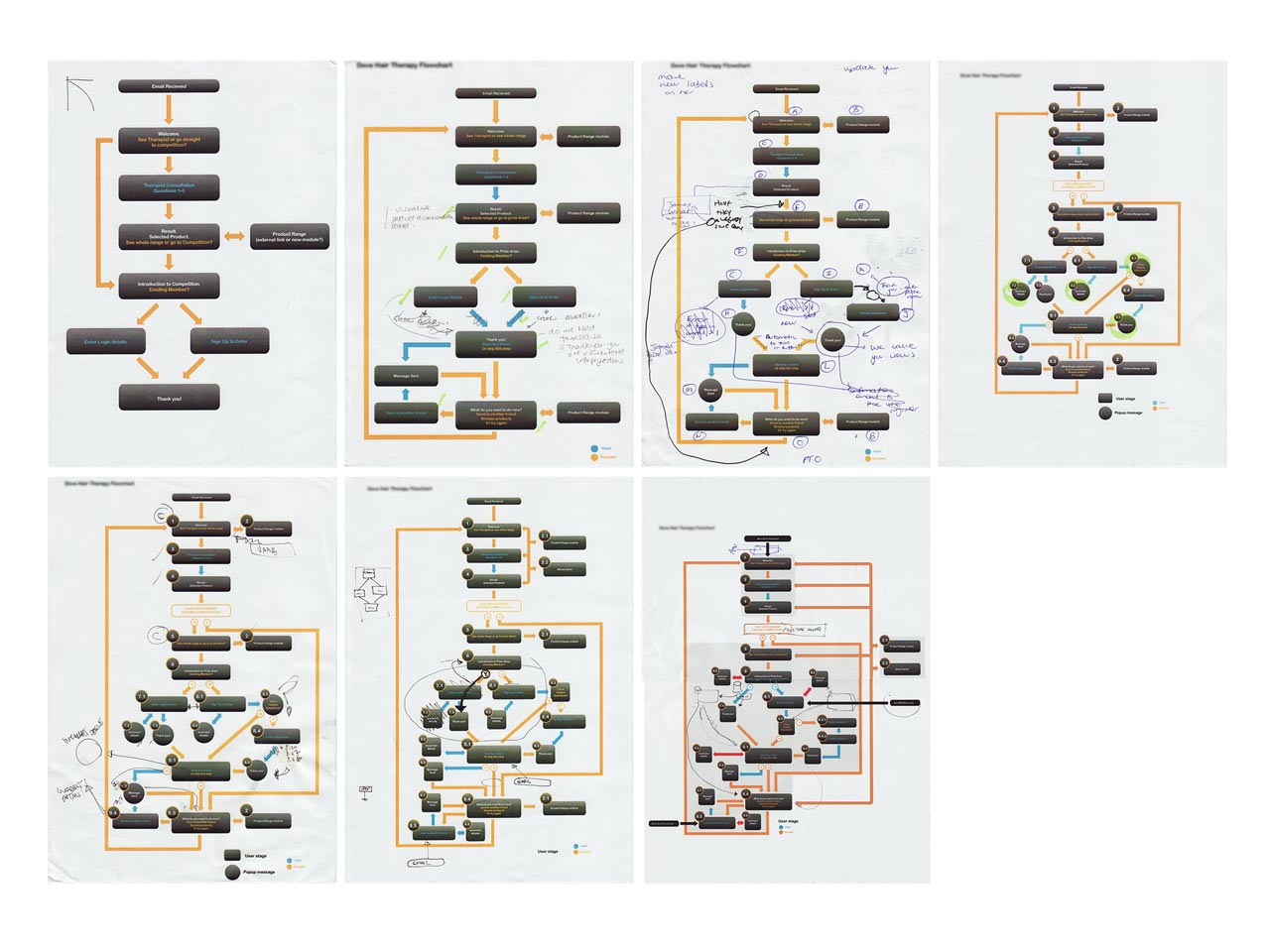 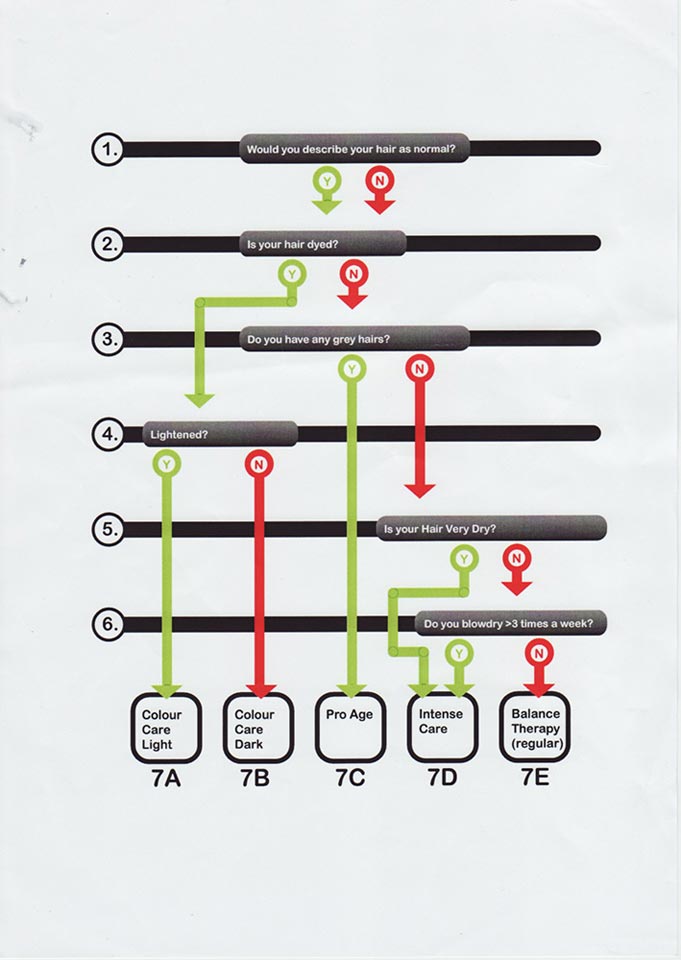